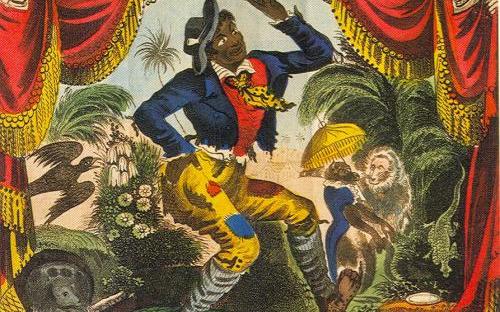 **Editor’s Note: This is one of several posts commissioned by our Spring 2019 intern, Colleen Coyle. Zamirah Hussain is a junior American Studies major interested in the intersection of race, gender, and popular culture.**

The Reconstruction era following the Civil War held an unusual amount of progress for women and African-American people. But then, in a compromise to win the South, many of the efforts of Reconstruction were destroyed, and the number of lynchings soared as Jim Crow laws fell solidly into place. I argued that white masculinity in the post-Reconstruction era was performed through a denigration of black male morality and victimization of white women.

But why was this needed? Why did white men feel emasculated by the Civil War and the efforts of Reconstruction? There isn’t one answer to this question, and the topic of war and masculinity is far too large to fit into one blog entry. But, there are 3 starting points in the process of understanding:

First, there is the literal act of losing a war. For the Confederacy, the Civil War was and is framed as this war of honor, of defending states’ rights and a Southern heritage that was being threatened by the invading North. Whether this is true or the only reason doesn’t really matter, the only thing that matters are that there were people who held very real beliefs about why they were fighting. And so, on the assumption that there were men who genuinely believed they were fighting for their home and honor, then losing the war, and succumbing to this invading force, regardless of whether they’re part of the same country, was going to have an impact. Coupled with the physical destruction wrought on the South during the course of the Civil War, there was a feeling of shame and more than that, of loss. The men who returned from war (considering we haven’t even mentioned casualties yet) were left to deal with a ruined economy and traumatized families in addition to their own humiliation at losing in their defense. This is of course, being very forgiving of these men and women who relied on a violation of human rights to have this moonlight and magnolias life.

Then, moving past the war itself, there was the fear of retribution, and the fear of being oppressed the same way they, white men, once oppressed black people. Specifically, the fear of going from being the enslaver to the enslaved weighed heavily. This fear was exacerbated by the perceived threat of black male masculinity, something that helped form the stereotype of a “black male predator.” The correlation made between gaining power and masculinity meant that white men perceived black men as being able to physically overpower them, force them into the subjugated position, emasculate them, and essentially reverse power roles. This meant that black masculinity became an villainous force, aided by the lack of access to black women. Post-Civil War, white men could no longer sexually terrorize enslaved black women, and combined with the freed black men and their looming strength and masculinity, white men felt deprived and backed into a corner.

This leads right into the third point: that Reconstruction was such an emasculating and humiliating process for white men because it rid them of the power structures they had been used to for so long. But, it might be more feasible to argue that their power structures were weakened, not completely gone. It was the threat of losing their power, of losing what allowed them to fully dictate all the laws of the land. And when you’ve built a system that mostly benefits you and suddenly it’s at risk, including the finely crafted connection between this power and your masculinity, well that triggers an intense reaction. White men felt such a strong correlation between the power they held as the oppressors and their own masculinity, that their whole world view was threatened.

This site uses Akismet to reduce spam. Learn how your comment data is processed.

Welcome to Centre Trail, The digital home of the history program at Centre College, a liberal arts college in Kentucky.

Places on the Internet Worth Visiting

This site is not sponsored by Centre College, and the opinions and views expressed in posts and comments do not necessarily reflect those of the university and its administration, faculty, students, or staff.